It is sad that the air is the only thing we share.
No matter how close we get to each other,
there is always air between us.
It is also nice that we share the air.
No matter how far apart we are, the air links us.

Masato Kobayashi’s works are site specific. They are born from the place where he has been staying. His every action, eating, sleeping, drinking, smoking, shitting, and breathing are of consequence for the work, and there is a dual presence with the site. Everything that is encountered dialogues, noises, accidents and incidents opens a moment of intervention and mutation of the work. In a sense, every derivative that reaches him can be integrated into the piece. Air and water are the two fundamental alchemical factors of our life. The air he breathes and the water he drinks from the place are absorbed. The body is a water container. The water evaporates from his body and replaced with the water from Stockholm region, and transcends to his work through his body and paint. Kobayashi’s concerns are that the work incorporates all the elements and factors surrounding him and the different levels of presence both internal external.

Masato Kobayashi was first exhibited in 1986 in Tokyo, Japan. Since the early success of his career, he has been continuously exploring the possibilities of painting, or the ontology of a ‘painting’ -how he can open up the existence of a painting?’- After being invited to Gent in Belgium by Jan Hoat in 1996, he moved his base from Tokyo to Gent where lives and works now. After the mid 90’s, he considered the importance of a simultaneous process of painting and constructing of the frame, he released the frame and canvas from the tightly fixed structure. The constructed canvas was no longer the starting point, replaced by a very loosely attached canvas placed on primitive wooden beams. Using authentic materials, his works have been transformed unpredictably and dynamically from abstract, deconstruction of the frame to the latest works of female nude. Site specific work encompassing an open process is a part of his further exploration in search of what he defines as a ‘painting’ is. This is not an installation. Although it is not an imaginary two dimensional space anymore, but an actual physical existence. It is a new direction for the existence of painting. He makes a ‘painting’ which is not a painting from the traditional perspective.


As Kobayashi stresses, the importance of the work is ‘being alive’. To rephrase, it is the ‘here-nowness’ in every moment. It suggests a presence we can barely grasp like Heidegger’s notion of Dasein , or Nishitani’s word of ‘Gensonzai’ . He transforms continuity of energy through a tube of paint, into lighter than brightness. His irresistible passion for the act of painting appears in the intensity where mind transforms into matter, and keeping the energy in the different form. It is a uniquely temporary structure and a process of unfolding possibility. His painting is a state of being that is active, congruent, contemplative, dramatic, and dynamic. A completed work is hooked up an ephemeral moment of presence, and still remains the possibility to be re-born in the next moment by the intervention of the milieu. Accordingly, his work affords and implies plurality of completed forms. Once the work has emerged, it seems to be free from any constrains and does not subordinate linear time. Here lie the continuous possibilities of transformation giving life to his paintings. Thus, Kobayashi’s painting seemingly breathes while illuminating life. His obsession towards a painting is his obsession towards life.


Kobayashi’s exploration will continue. Moreover his unpredictable exploration, what is strongly fascinating about his works is its paradoxical nature. His previous works, for example, Unnamed #9 (The Miyagi Museum of Art, 2000), Unnamed #22 (Centro per l’Arte Contemporanea Luigi Pecci, Prato, 2001) and others, are perfectly positioned in a space in terms of scale, composition and lighting, and of course, they are born on site. However, once it has emerged, the viewer is not able to come any closer to his work. What he creates is tangible, optical, and even has a strong sense of smell. It has authenticity and is subjectively intense, even sacred. Kobayashi has overseen is the emergence of the different dimensions of the space, which does not belong to our ‘physical’ dimension any more. All these physicalities awaken us to his work with our epistemology vitalized; eyes wide open, ears cocked, skin fully sensitive in order to be able to absorb the intensity. There is tranquility of an unreachable distance, or even beauty of rupture between the space he creates and our space. It is a gap which cannot be filled by anything, not even by the artist who created it.

The idea of unreachable distance is in a way similar to the theatre series photographs by Hiroshi Sugimoto. Sugimoto poetically visualizes exposed time and the impossibility of decoding the time / images. As widely known, he shoots a movie theatre, keeping the shutter open from beginning to end. The brightly blinking white screen confines time / images for the whole duration of the movie. The white space is made by capturing / encoding the continuous images, which are undecodable and meaningless. The image relates to paradoxical space where the encoded images are unreachable. No present moment exists, just the extreme brightness of the screen. It is the space where no linear time frame exists, and is emptied of the present. Referring us poetically to the fact that it is not easy to make the distinction between the present, the past and the future. We combine them all at once in our daily lives. However, as it does not belong to the same dimension as us, we are only able to see, but unable to reach.

Using only light and the camera, Sugimoto succeeds in visually realizing a paradoxical space. Kobayashi’s approach physically creates a similar nature of the space with paint, canvas, wood and his own body. (He paints with his hands, using the whole movement and energy of his body.) He accumulates all in-situ, and creates a different intensity with the space, a different grammar. Once the space has emerged, it strongly exists on its planar. Ironically it does not belong to the same dimension as us. The distance between Kobayashi and his creation - the viewer and the work - life in our space and life in that space-. It is physically close but in reality so far away. The resolute distances can be interpreted as relationship between life and death. Stronger conscious of death makes his work more brightly illuminated than actual life, and on reverse, intensity of life illuminates death as well. This resolute distance is paradoxical to openness of process and site specificity, and could be said to be almost virtual. In his work, the paradoxical nature constructs a plane of immanence. Maybe we are linked only by the air we breathe.

Kobayashi is Japanese, a Christian, and a painter. From time to time, his works are described in context to his personal facts, and richly analyzed in an art historical sense. Some of his previous works are positioned on straw, or situated in a stable. It immediately hints at the birth of Christ and light being the symbolic metaphor for the Holy Spirit. It helps us to understand and interpret his works in a particular way, creating a certain line of expectation to his paintings. However, Kobayashi sincerely challenges and explores the notion of painting, and does not fit conveniently into existing categorizations and norms. He earnestly keeps defying the predictions of the viewer, and proves this in his latest series of nude works in the exhibition, Starry Paint. A star has fallen to the earth. He has transcended to bringing life to both his painting and himself. Astonishingly, when face to face with his work the multi layered paradoxical capacity & mutating potentialities are seemingly beyond a resolute distance where his work emerges. It is universal, beyond religion, national boundaries, and trajectory.

Being born from the site and existing there ontologically, the work emerges as if from a different time / space. Site specific, but detached from the location, intensity of life illuminates death. Open process but resolutely distanced. The strong paradox fascinates us and draws us to this work. Masato Kobayashi is able to work on our different levels of consciousness. Moreover, we never know which direction his experiment is moving to the next. We must keep our eyes wide open, even though it is only air linking us. 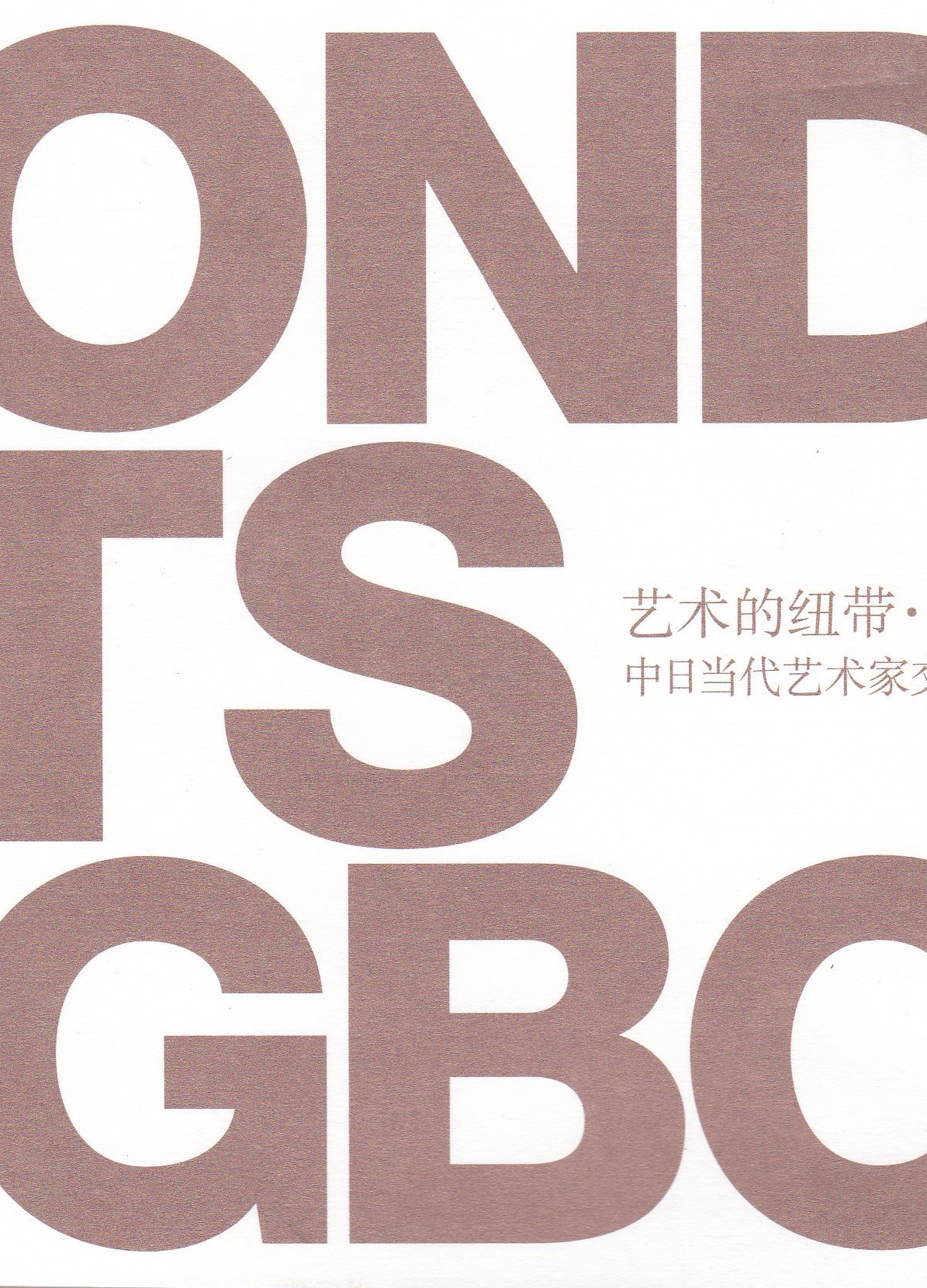